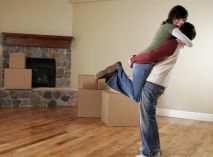 Moving to London, or moving property when within London, can be a challenging and daunting task. Regardless of the amount of possessions you have, the prospect of packing your life into a box and moving across the fair capital can be a worrying concern. London is a warped warren of alleys and criss-crossing roads, sometimes defying sense as to what should be where and when you might be allowed in certain paces in certain vehicles. The sprawling nature of the city makes even finding the perfect property an uphill battle. Below, we will address a number of challenges which you should be aware of when moving in London.     As the capital city, with a population of eight million, London is among the most intimidating prospects of all potential moving destinations. With this massive amount of people, comes a massive amount of choice, especially if you have chosen to hire a removal firm. The sheer number of choices available makes choosing all the more difficult, especially if you are new to the city and have no prior experience to call upon. However, this can be used to your advantage. The large number of potential removals firms means you can call on someone with local expertise, focused on the exactly right area of London. This will ensure that you will not be lost and the removals firm can assist in the knowing of certain local idiosyncrasies which might not be apparent to new arrivals. As well as this, the number of firms will allow you to compare quotes and prices from a huge amount of legitimately potential options. This allows you to pick the firm which is exactly right for you, as opposed to being stuck with the only firm in the area who are free on the certain day.     One of the most confusing aspects of moving to London, especially if you have chosen to rent a vehicle and move yourself, is the congestion charge. The congestion charge is charged as a fee on the majority of vehicles in the centre of London between seven in the morning and six in the evening, and exempt on weekends. While the charge may be laid out in the literature, the actual process of paying for the charge, and understanding when you must pay it, can be confusing. The majority of information is best sought from the relevant website, which lists the varying ways in which you can pay. This charge is relevant if you plan on renting or driving a vehicle yourself. One of the benefits of hiring a local, London based removal firm is that they will understand and take care of the congestion charge for you.      As well as considering the congestion charge when planning the time of your move, it is also worth considering the reason why the charge was implemented. Traffic in and around London can get very busy, especially during rush hour. Research the routes you plan on using beforehand to gain an understanding of when the best time to move will be. If you are hiring someone, either a firm or a man with a van, who charge by the hour, an insistence on a rush hour move may cost you a great deal of money.   The move to the big smoke can be a confusing time, no matter how you approach the act. Even if you are moving within the city, the variance between the individual areas and boroughs can lead to unexpected and unforeseen issues. A thorough researching as early as possible, while paying especial consideration to the above issues will help make the entire operation much smoother.